The Trump administration announced on Monday that it will end the Temporary Protection Status program (TPS) for nearly 200,000 Salvadorians who have lived in the U.S. for decades. TPS is a humanitarian-based immigration benefit that allows nationals of certain designated countries to live and work in the U.S. for a period of time. It was first in 2001 when the U.S. government designated El Salvador for TPS after two separate earthquakes left over 1,000 dead and made many parts of the country inhabitable. This humanitarian protection was later extended under the Obama administration due to increasing violence and insecurity in the country.

In his recent column, Professor Ezra Rosser at American University Washington College of Law shares the story of a Salvadorian mother with three children, two of whom born in the U.S., who now face expulsion from a country they call it home. 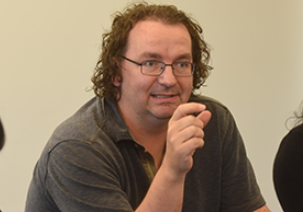