For the first time in over 50 years, Burma is led by a democratically elected, civilian-led government, the National League for Democracy (NLD). Elections in 2015 took power out of the hands of a military regime and transitioned the country into a free democracy under the rule of State Counsellor Aung San Suu Kyi and President Htin Kyaw. The country’s problems of violence, corruption, and oppression, however, did not go away with the change of power. Human rights organizations continue to report human rights violations within Burma including gender-based and ethnic-based violence, suppression of freedom of speech, torture, rape, and extrajudicial killings.

In March, the United Nations Human Rights Council authorized a fact-finding mission in Burma to review the numerous allegations of human rights violations within the country. A primary focus of the United Nations Human Right Council was the continued violence against the ethnic Rohingya Muslims in Burma. “The violations occurring in Rakhine State threaten to undo Burma’s hard-won progress toward a more rights-respecting and democratic future,” said John Fisher, the Geneva Advocacy Director at Human Rights Watch.

More than 125,000 Rohingya and other Muslims were forcibly displaced from their homes following a series of ethnic-based attacks in 2012. The displacement occurred as a result of violent attacks between the ethnic Arakan Buddhists and the Rohingya Muslims in the Arakan State, located on the western coast of Burma. After reports of several horrific rapes and murders were circulated throughout the communities, members of both the Arakan and the Rohingya violently attacked each other’s towns, destroying buildings and homes and killing villagers. Members of both communities reported that Burmese authorities did little, if anything, to stop the violence from proceeding.  Without proper support from the government, more than 100,000 members of these displaced communities still live in displaced persons’ camps with limited access to basic necessities such as food, shelter, water and sanitation, and provided minimal access to education and medical services. Furthermore, the United Nations estimates that since January, at least 92,000 Rohingyas have fled their homes, many fleeing to Bangladesh but some seeking refuge in other areas within Burma.

Human Rights Watch defines “ethnic cleansing” as an informal term used to describe “a purposeful policy by an ethnic or religious group to remove by violent and terror-inspiring means the civilian population of another ethnic or religious group from certain geographic areas.” Additionally, Article 7 of the 1998 Rome Statute establishing the International Criminal Court, defines “crimes against humanity” as widespread attack consisting of crimes targeted at a civilian population, such as murder, enslavement, torture, and enforced disappearance of persons, among others that are initiated by a government. Although Burma is a party to international treaties, such as the Convention on the Rights of the Child and Convention on the Elimination of All Forms of Discrimination against Women, the issues that the country faces today, particularly regarding the discrimination and violent treatment of the Rohingya people, go beyond the provisions on these treaties. Under customary international law, Burma is required to stop and prevent crimes against humanity from occurring within its borders.

Although the new Burmese government has provided the hope of progress for its people, the National League for Democracy must take affirmative steps to ending the discrimination against the Rohingya people. Approving the UN fact-finding mission is one step that shows the Burmese government is taking a stronger stance against the ethnic-based violence, but it will be important to watch how Burma and the National League for Democracy respond to the results of the mission, especially in light of State Counsellor Aung San Suu Kyi’s remarks that she does not believe ethnic-cleansing is occurring in her country in a recent BBC interview.

The Human Rights Brief is a student-run publication and online resource of the American University Washington College of Law (AUWCL) Center for Human Rights and Humanitarian Law. 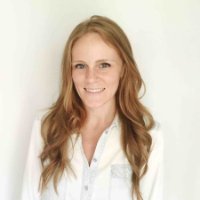