American University Washington College of Law celebrated more than 500 graduates Sunday, May 23 with a virtual ceremony and the law school’s first in-person commencement events since the COVID-19 pandemic began. The ceremony honored graduates from May 2021 and December and August 2020.

See the full list of graduates and award recipients here

Commencement speaker Congressman Jamie Raskin told the graduates to “go and use the magnificent education” they had received at WCL. “You've got to bring us a more just America,” he said. Raskin, who was awarded an honorary Doctor of Laws degree, is a professor emeritus at AUWCL, where he taught Constitutional Law for more than a quarter century.

About 325 graduates from both 2020 and 2021 took part in in-person processions, crossing the stage in Bender Arena, where they were welcomed by Burwell, Starr, Vice President of Campus Life Fanta Aw, and Washington College of Law Acting Dean Robert Dinerstein.

Dinerstein, in remarks during the virtual ceremony, told the graduates, “Although the period from March 2020 until now will be one that you and we will never forget, recognize that your legal education has encompassed a full three or four years in which you have had the opportunity to learn and hone your critical thinking, doctrinal knowledge, lawyering skills, capacity to learn, and professional values that will stand you in good stead throughout your legal careers.”

Raskin, who is currently serving his third term as the U.S. Representative for Maryland’s 8th Congressional District, focused his commencement address on the theme of “partisanship and patriotism.” Raskin sits on the Judiciary, House Oversight, House Administration, and Rules Committees and the Select Subcommittee on the Coronavirus Crisis and also served as the lead impeachment manager for the second impeachment trial of President Donald Trump. He told the graduates that the impeachment outcome got him thinking about the “role of partisanship in our history, in our government, and in our Constitution.”

Raskin said Americans are defined not by race, ethnicity, or religion but “unified by virtue of having one Constitution and all of the values and principles under it,” and that constitutional patriotism means both defending that Constitution and making it more democratic over time. Our historic assignment, he said, is to “continue the trajectory of democratic expansion and inclusion in America,” he said.

During her remarks, Applewhite urged her fellow graduates to embrace the law school’s motto: “The choice is ours to do as our alma mater encourages us and Champion What Matters. We have the tools to speak out against the injustices in society.”

“As we go into our next stage of life, dear classmates, I remind you all to Champion What Matters and be a social engineer,” Applewhite said. “Even in times when you know what is right may be pushed back on – you have to push forward.”

Robin and Haley Magwood both crossed the stage during the in-person commencement procession on Sunday, as the mother-daughter team celebrated their graduations from Washington College of Law together. Robin has just completed WCL’s Master’s in Legal Studies program, and Haley, a 2020 JD graduate, was taking advantage of the in-person ceremony that was canceled last year due to COVID-19.

Together, Robin and Haley have been each other’s strength – and even sometimes study partners – throughout their years at Washington College of Law. “We have helped each other out the whole time,” Robin said. “I was there for Haley at the beginning and she was here for me at the end. Today the university just said we need a celebration…and I get to do this with my daughter!”

Today Haley is continuing her education at Harvard University, where she is one year into a Master’s of Education in Human Development and Psychology. This summer she begins a clerkship with Magistrate Judge Jennifer Williams in the Baltimore City Circuit Court.

“I have no doubt in my heart that WCL has prepared her well,” Robin said. “We had a true family support system at WCL.”

In 1896, American University Washington College of Law became the first law school in the country founded by women. More than 125 years since its founding, this law school community is grounded in the values of equality, diversity, and intellectual rigor. The law school's nationally and internationally recognized programs (in clinical legal education, trial advocacy, international law, intellectual property, and health law and policy to name a few) and dedicated faculty provide its JD, LL.M., MLS, and SJD students with the critical skills and values to have an immediate impact as students and as graduates, in Washington, DC and around the world. For more information, visit www.wcl.american.edu. 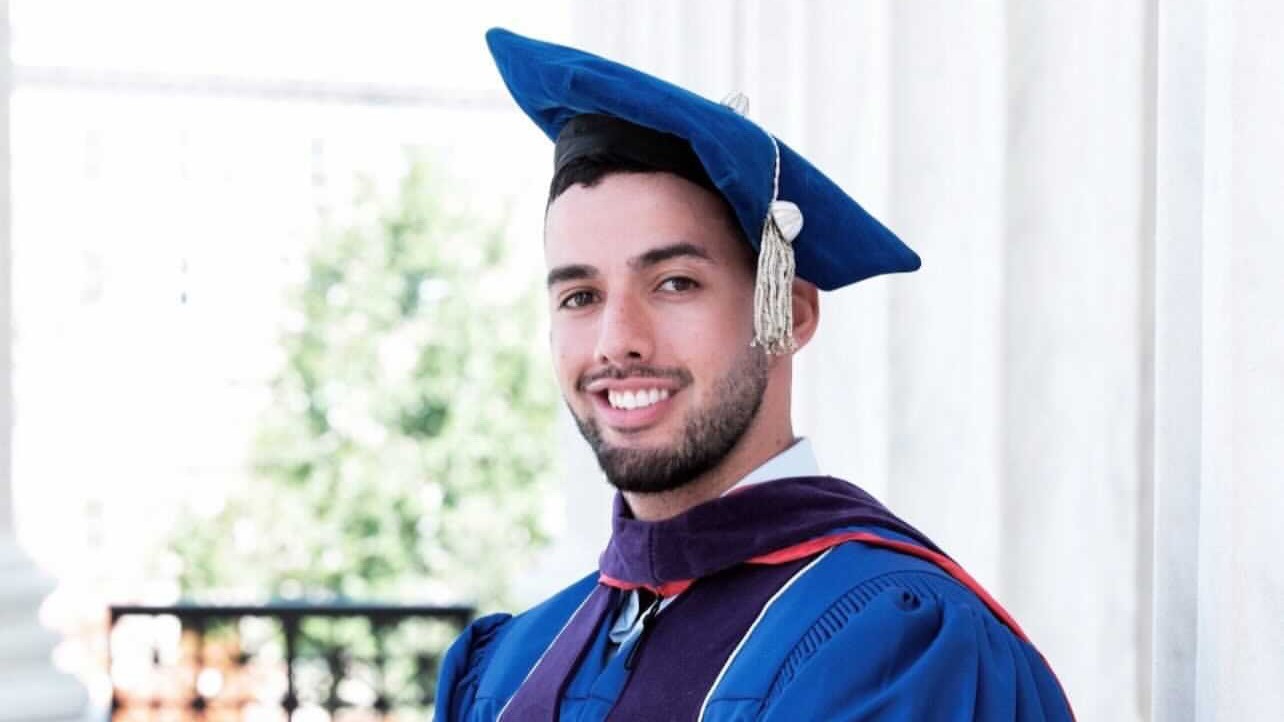