The Philip C. Jessup International Law Moot Court Competition is the world's largest moot court competition, with participants from roughly 700 law schools in 100 countries and jurisdictions. The competition is a simulation of a fictional dispute between countries before the International Court of Justice, the judicial organ of the United Nations. Teams prepare oral and written pleadings arguing both the applicant and respondent positions of the case.

The Advocacy Program is proud to host the U.S. Mid-Atlantic Regional Qualifying Rounds of the Jessup, in partnership with WCL's Moot Court Honor Society and the International Law Student Association, a nonprofit organization headquartered in Washington, DC that administers the Jessup. 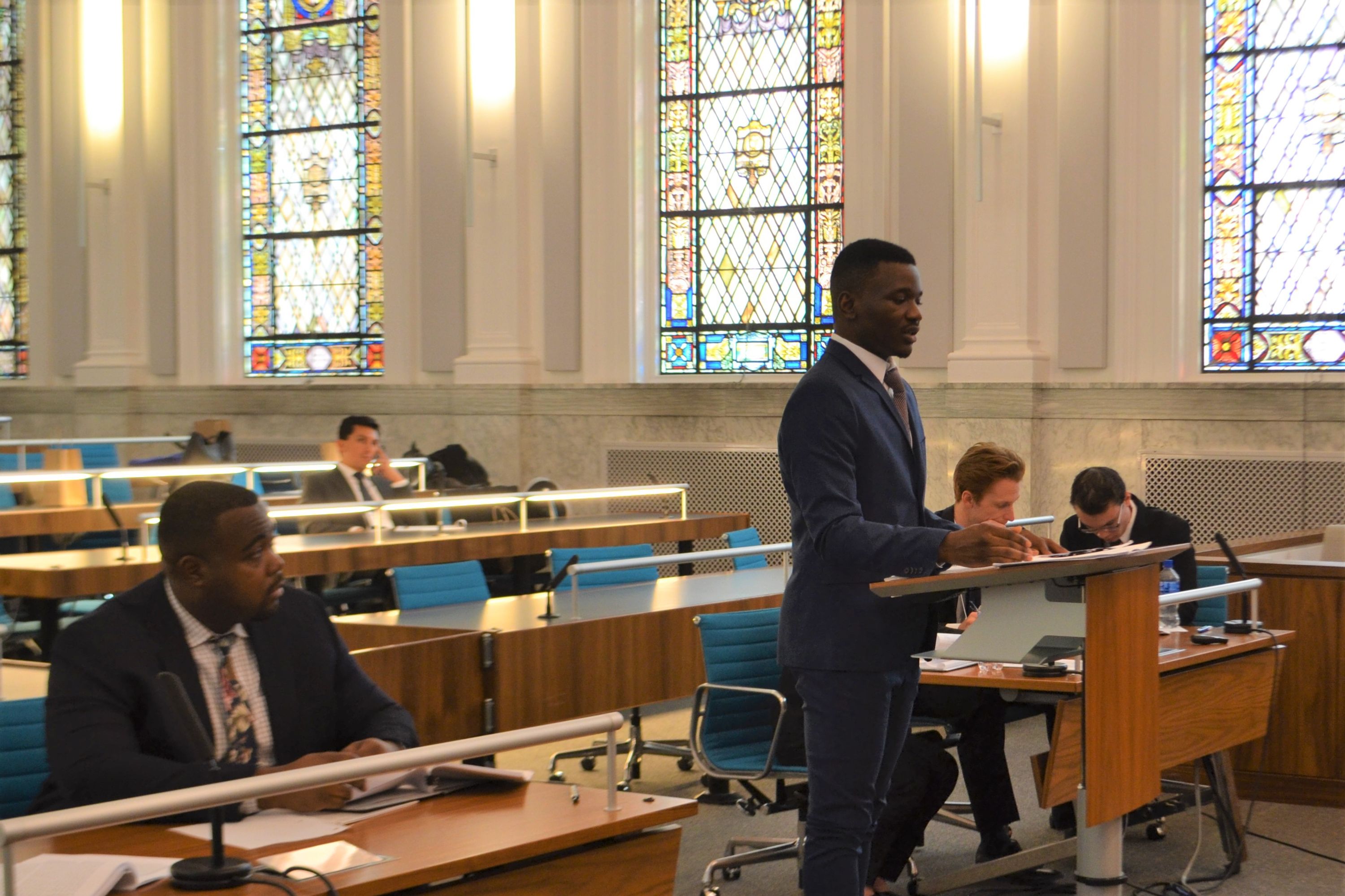 Students from around the region have traveled to WCL since 2019 to compete in the Jessup International Law Moot Court Competition Mid-Atlantic Regional Qualifying Rounds and build a network of international law practitioners.